HEADSPACE Interview Round Up

HEADSPACE #2 is up for preorder/subscription so I thought it might be a nice time to throw your peepers towards the interviews I did around the time of launch for #1. A lot of good sites took the time to chat with me about the book, its superb creative team, the influences behind it, and where/how I saw it playing out. I was especially pleased with so many fine questions thrown my way and I really try to ensure each interview feels fresh with its own vibe so stock answers don’t come out too often. 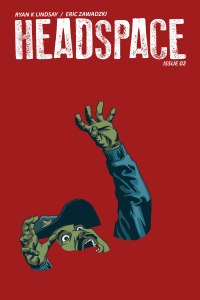 Geek Chocolate – “The book operates across two layers of reality and deals with concepts of murder in society, fatherhood, and the roles of authority. It’s also a wacked out gonzo romp with a dragon in the first issue, one hell of a killer alligator, and layers of the mind of a killer slowly peeling open.”

The Beat – “Yeah, I dig downbeat endings. I don’t even know why, I think it’s just that inevitability of it all. You see it coming but you can’t look away and you have to know how exactly it’ll go down. It brings out the extreme best and worst of characters.”

Pipedream Comics – “I think deep down repeated childhood viewings of Inner Space must have helped and then decades of Philip K Dick warped this idea until Headspace spewed forth.”

Comicosity – “Eric brings to life the Cove, in all it’s dank and depressing and gonzo glory, while Chris illustrates the real world, with beautiful colours from Marissa Louise.”

Multiversity – “We place a lot of seeds in this first issue that bear fruit in later issues. I am relying on readers to pay attention.”

Forces of Geek – “To call this Inception meets They Live will either delight or offend Ryan. Find out after the jump!”

Bloody Disgusting – “The story takes place in the mind of a killer, and the killer’s mind is invading this safehaven. Things are not going to be pretty. His thoughts, fears, memories, everything are just pulsating over Carpenter Cove in waves we can’t even comprehend with modern science. The Cove is not going to be a nice place and putting Shane, a man who states in the opening sequence that he doesn’t believe in killing, against this murder and mayhem is truly going to test him and his stance.”

The Weekly Crisis – “I’m not going to give a straight answer, no, but I will say more than one person already has called for a Gil spin off and I’d be lying if I didn’t say I want this to happen with all of my heart.”

Hope you dug all the info and tomfoolery. Head over to Comixology and preorder the second issue, or pick up the first for only 99c. You can found some review round ups with more superlatives here, and here. 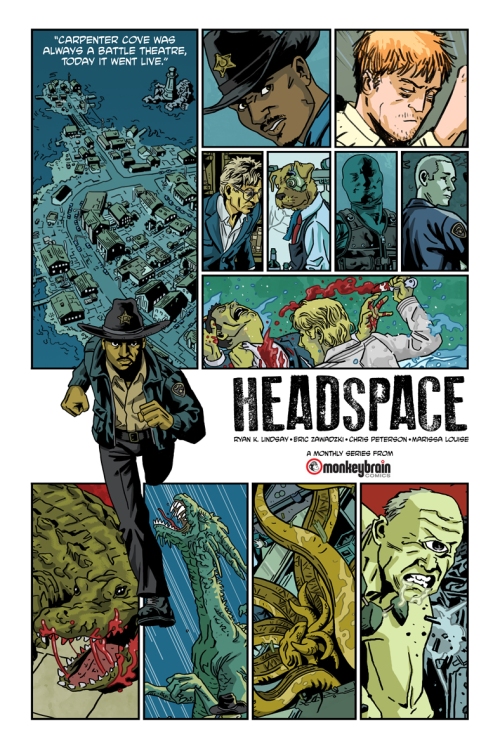