HEADSPACE Has Launched on Kickstarter

HEADSPACE is on Kickstarter, and I think you should check it out because the odds are you’ll dig it a great deal.

SCOPE OUT HEADSPACE ON KICKSTARTER NOW AND CHOOSE A PLEDGE LEVEL 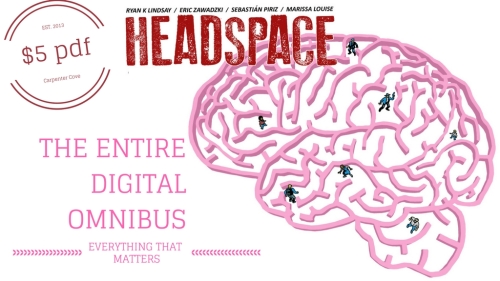 For those who don’t know:

HEADSPACE is a comic created by me, Eric Zawadzki, Sebastian Piriz, Marissa Louise, Dee Cunniffe, and Dan Hill. It’s about a sheriff of a small town who comes to realise he’s trapped inside the mind of a killer.

From there, things go sideways. Should Shane figure out how to leave, or should he stick around a while and see what happens? It’s a tale of dark responsibility, but also a gonzo trip of dog-headed robo-bartenders, and ships armoured in dead bodies, and all kinds of metaphysical fun.

We made this book back in 2014, and now we’re collecting the whole damn thing, plus a tonne of back matter and scripts and annotations and fun in this Digital Omnibus and we can’t wait to get it out into hands.

HAVE A LOOK AGAIN AT THE KICKSTARTER

We think you’re going to find something fun that you’ll like! 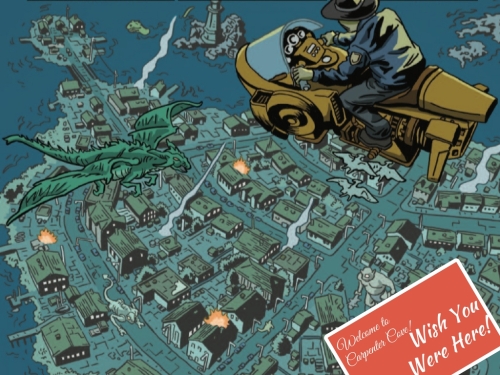