Back to Basics and Having Fun in a Writing Teaching Moment

I’ve rarely learned anything new about writing by teaching it to 11yo’s, but I always have fun, and I always come away with something.

Today was a perfect example – I was teaching basic story structure. I used a modified Hamburger Plan that looks similar to this: 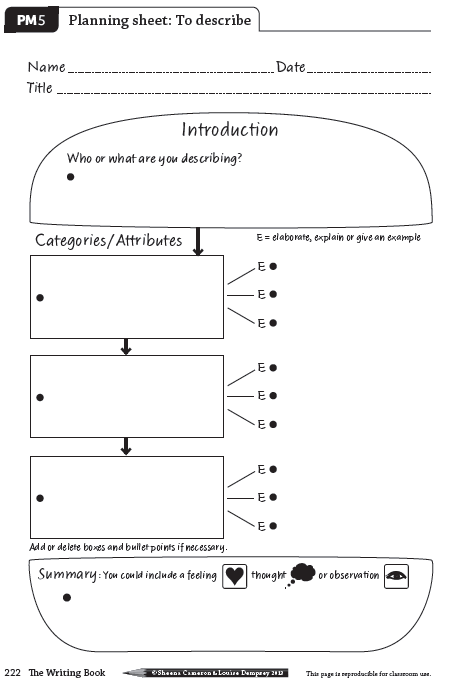 It takes students through an intro; with character/s, location, and some basics of time, weather, etc.

Then it drops a hook – what is the complication, which we’ve boiled down to being: what does the character want, but cannot have?

From there, they try a few things and eventually stumble across or build towards a resolution. The example I give, that is rubbish, and so no student can steal it, but it gives a small idea of it all is what follows:

A young girl wakes up one morning in her room, and she wants some milk. But the fridge is empty of milk. So she goes to the store, and they are out, so she tries a supermarket, and they’re out, so eventually she borrows some from a helpful neighbour [maybe after staging a daring, and yet failed, milk truck raid, if you’re nasty].

That story illustrates character desires, and a complication to resolve, but unfortunately it’s boring. And the main character doesn’t learn anything, they just act like a pest until someone in their sphere of influence yields and gives her the dairy hook up. So I explain that to the class, usually with a few laughs, and then we build another story in front of the class, with their assistance.

I try to do this live, with no pre-prep or set up, so they can see that it can be done with an open mind.

I start with the first interesting character that springs to mind – a giant.

I ask the kids for a secondary character, a friend/sidekick type – they spit out a few responses and I decided to amalgamate two into something I like: a clown on stilts.

I tell them the story is taking place in a city, a New York city type place, big skyscrapers, squillions of people, and then I say it’s Winter because…because I like Winter, and it’s more fun for me to describe, and that’s why.

We talk about possible complications for a giant living in a huge city and the kids circle the idea: he doesn’t fit anywhere, he has nowhere to go, and I add in that the city sees him as a kind of nuisance.

I then tell the class that maybe if we think of a resolution to his problem, then we can build the story’s guts up to that resolution. A student suggests the giant build a new home and it instantly sparks an idea – so I tell the kids to watch and learn, because I’m about to take that idea and spin gold with it.

I say the first thing the giant does in the story is try to fly away, because he knows he doesn’t fit, so he’s off to a farm. To do this, he enlists the aid of a mechanic to build him a jetpack, but all the jetpack ends up doing is making him hover, not propel away, so he’s stuck in the air above the city. He eventually lands to try something else, which becomes the next section of the story.

The giant enlists a builder to make him a huge houseboat, so he can live on the river – because all cities have rivers, that’s why cities popped up, to be on waterways to be able to trade with other cities. But when the giant pops into his houseboat, it displaces so much water that it floods the city. And then the city folk hate him even more.

The giant is pretty dejected by now, he’s failed, and then actively affected others, so now he just wants out enough to simply walk away. Which he does, and it works, but then the clown – I couldn’t very well forget about our clown on stilts – finds him abandoning him and the city and he gets sad – he doesn’t want his best [giant] friend to leave. The giant can’t handle hurting another person, so he stays – which is when he gets his idea.

And this is where I thread it all together for the kids, showing how a story should always build up, having the character also build and grow themselves, while also collecting plot tokens.

So the giant has – the possible ability to hover, a houseboat, and a desire to stay with his best friend. So he puts it all together in a new way creating a hovering house above the city. Problem solved, story resolved, and the end is consistent with the character’s desires and what happened in the story.

Though one student then pointed out that the city would hate this floating shade in Winter, causing people to freeze to death in the excessive cold underneath, so I had to change it to Summer. Stupid Summer. But at least it shows a willingness to edit when plans don’t exactly work out.

With the story ended, I congratulated us all, and one student asked what happens when Summer ends, and I at first laughed her off, saying stories just have to resolve…’for now.’ But then I thought deeper and realised the giant would probably just install a sunroof, and sunfloor, to let the sun through on Winter days – though this might have a magnifying effect with all the window/lenses, and that would just have him setting fire to everything below – at which point we realised we had the basis of our sequel story :]

It was a great lesson, I loved filling in the story and having a laugh, and it reminded me for my own writing that if we drop in our loose resolution, we can then seed plot moments and tokens throughout for our characters to find to inform them, make change, or build growth in them. It’s not something I didn’t already know, but putting this stuff into my forebrain always helps.

We can always be thinking about writing, and we forever should.