He has partnered with artist Sami Kivelä to create: EVERFROST and BEAUTIFUL CANVAS through Black Mask Studios, DEER EDITOR through his own ‘Four Colour Ray Gun’ imprint and a handful of Kickstarter successes, and CHUM through ComixTribe.

His other comics include: Aurealis and Ledger Award winning NEGATIVE SPACE with Owen Gieni through Dark Horse Comics, SHE Vol. 1 with Chris Panda through ComixTribe, SPEED REPUBLIC with Emanuele Parascandolo through Mad Cave Studios, GLOVES with Tommy Lee Edwards in the Vertigo CMYK anthology, as well as EIR with Alfie Gallagher, INK ISLAND with Craig Bruyn, STAIN THE SEAS SCARLET with Alex Cormack, and SKYSCRAPER with Mitchell Collins through Kickstarter for ‘Four Colour Ray Gun.’

He was selected as a participant in the DC Writing Workshop group of 2016.

He’s written/edited analytical texts, including THE DEVIL IS IN THE DETAILS: EXAMINING MATT MURDOCK AND DAREDEVIL through Sequart, and has had essays published in Criminal, Godzilla, Sheltered, Strange Nation, Creeper, and Crime Factory.

He is Australian and when not being a family man he hones his writing skills by sacrificing blood wombats to the outback spider fight clubs.

You can view a comprehensive list of his publications on his Writing CV page. 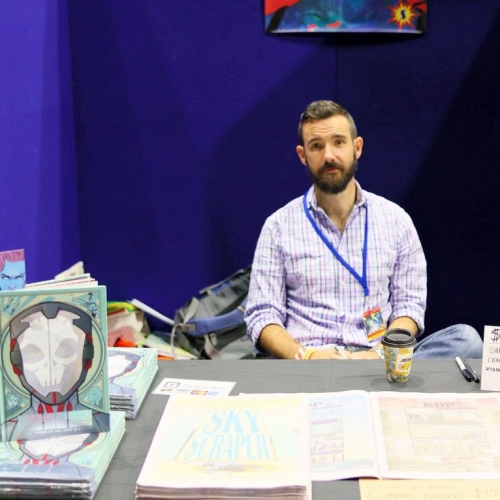 The Ryan K Lindsay creator page on ComiXology – where you can find all his digital comics for sale.

Or buy physical copies on his online store at ownaindi

You can reach him at ryanlindsay82 (at) gmail (dot) com

Also, about.me/ryanklindsay, for those who roll that way. 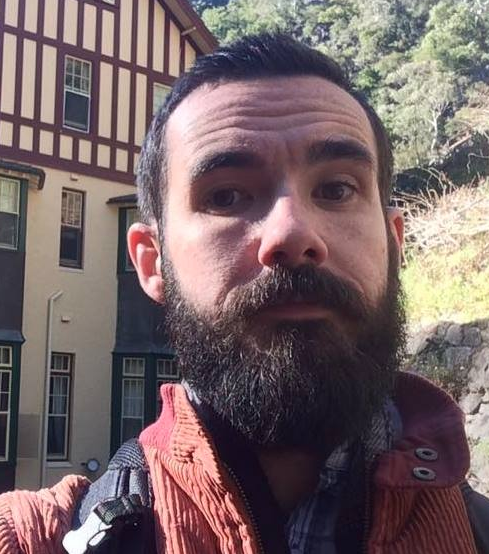